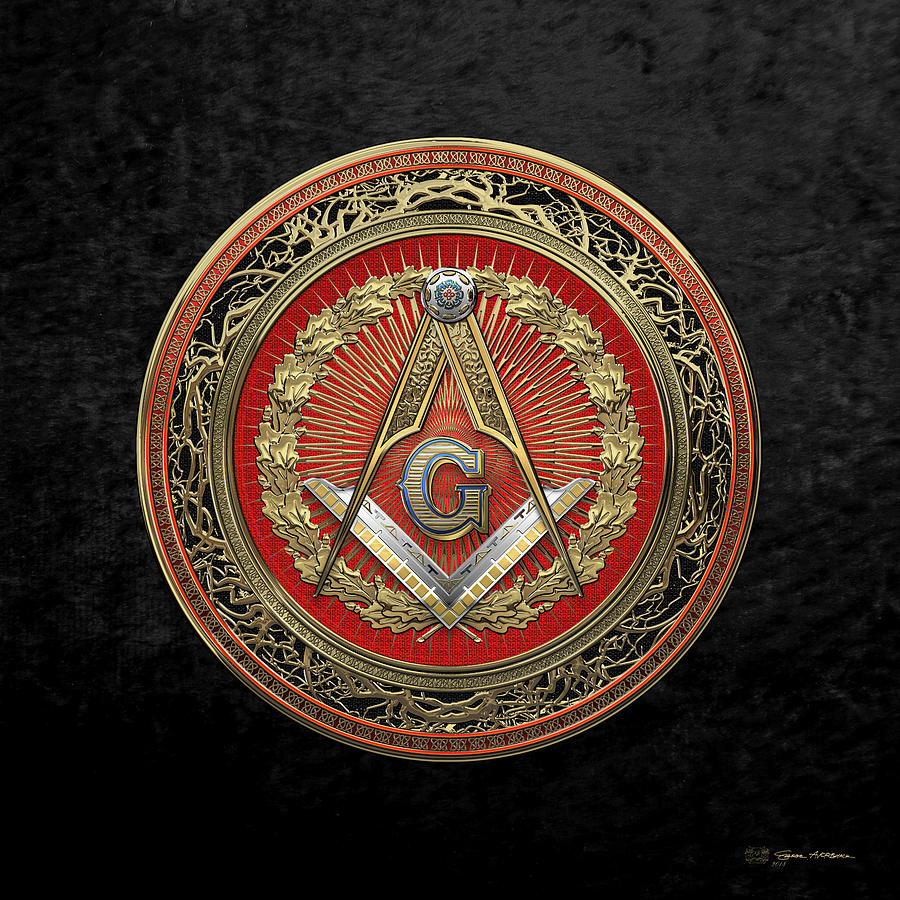 Introducing “Ancient Brotherhoods” Collection by Serge Averbukh, showcasing heraldry and insignia of various historical brotherhoods, societies and orders. Here you will find pieces featuring a 3rd Degree Mason Gold Jewel - Master Mason Square and Compasses over Black Velvet.
The Square and Compasses (or, more correctly, a square and a set of compasses joined together) is the single most identifiable symbol of Freemasonry. Freemasonry is a fraternal organization that arose from obscure origins in the late 16th to early 17th century. Freemasonry now exists in various forms all over the world, with a membership estimated at around six million. The fraternity is administratively organized into independent Grand Lodges or sometimes Orients, each of which governs its own jurisdiction, which consists of subordinate (or constituent) Lodges. There are also appending bodies, which are organizations related to the main branch of Freemasonry, but with their own independent administration.
The Square and Compass or sometimes known as “The Light” is also representative of the 3rd degree in a Freemason’s level of achievement. Once a mason has reached the 3rd degree, he becomes a Master Mason. Both the square and compasses are architect's tools and are used in Masonic ritual as emblems to teach symbolic lessons. Some Lodges and rituals explain these symbols as lessons in conduct. However, as Freemasonry is non-dogmatic, there is no general interpretation for these symbols (or any Masonic symbol) that is used by Freemasonry as a whole. As measuring instruments, the tools represent judgment and discernment. In English speaking jurisdictions the Square and Compasses are often depicted with the letter "G" in the center. The letter is interpreted to represent different words jurisdiction to jurisdiction. Among the most widely accepted interpretations are that: [G] stands for God, and is to remind Masons that God is at the center of Freemasonry. In this context it can also stand for Great Architect of the Universe (a reference to God). In a different context, the letter stands for Geometry, described as being the "noblest of sciences", and "the basis upon which the superstructure of Freemasonry is erected."