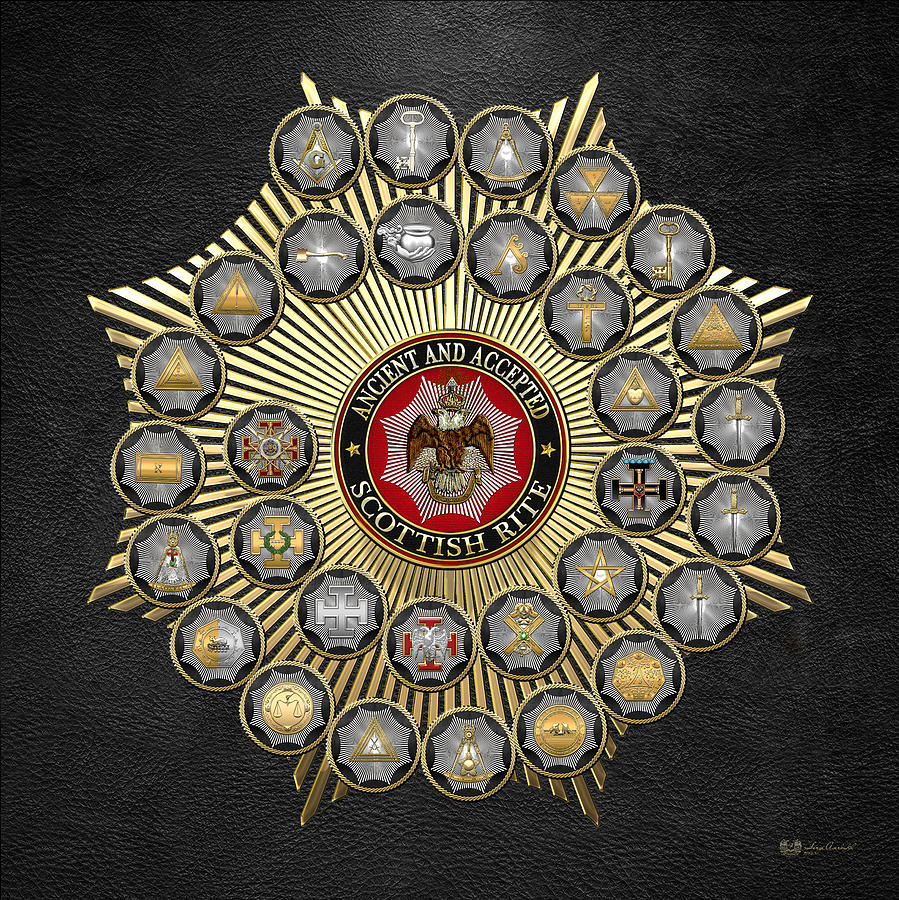 Here you will find pieces featuring 33 Scottish Rite Degrees on Black Leather, the symbol most commonly associated with the Ancient and Accepted Scottish Rite of Freemasonry, surrounded by jewels of all 33 degrees of the rite.