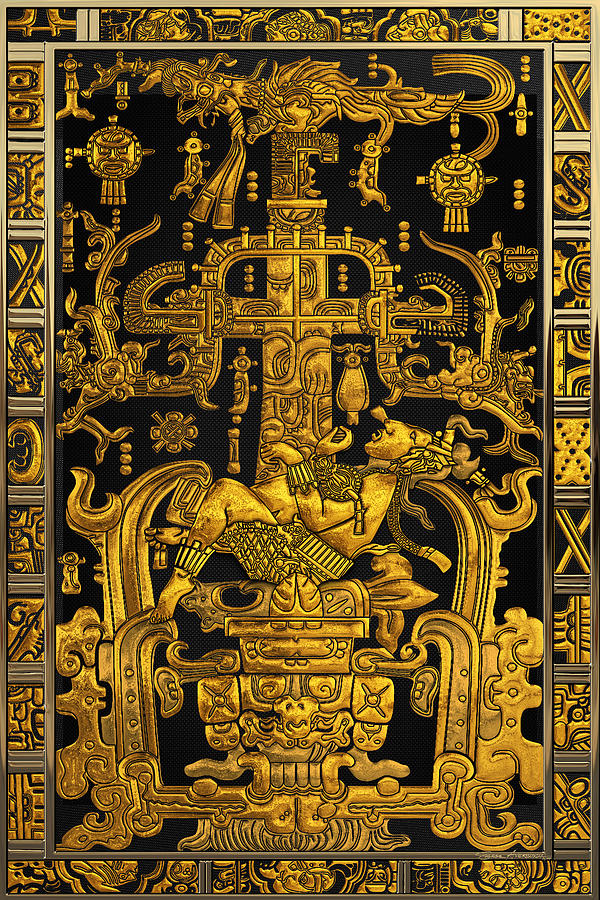 Lid of The Great Tomb of Pakal - Gold Palenque Astronaut over Black No.1

Lid of The Great Tomb of Pakal - Gold Palenque Astronaut over Black No.1

Introducing 'Pre-Columbian America' Collection by Serge Averbukh, showcasing treasures and artifacts created by various civilizations and cultures of Precontact Americas. Lid of The Great Tomb of Pakal - Gold Palenque Astronaut over Black No.1.
Kʼinich Janaab Pakal I, also known as Pacal, Pacal the Great, 8 Ahau and Sun Shield (March 603 – August 683), was ajaw of the Maya city-state of Palenque in the Late Classic period of pre-Columbian Mesoamerican chronology. He acceded to the throne in July 615 and ruled until his death. During a reign of 68 years, the longest known regnal period in the history of the Americas, the 30th longest worldwide and longest until Frederick III in the 15th century, Pakal was responsible for the construction or extension of some of Palenque's most notable surviving inscriptions and monumental architecture.
A popular theory claims the inscriptions on Pakal's tomb show an alleged spacecraft.

Congrats on your sale, happy New year to you

Congratulations on this sale!