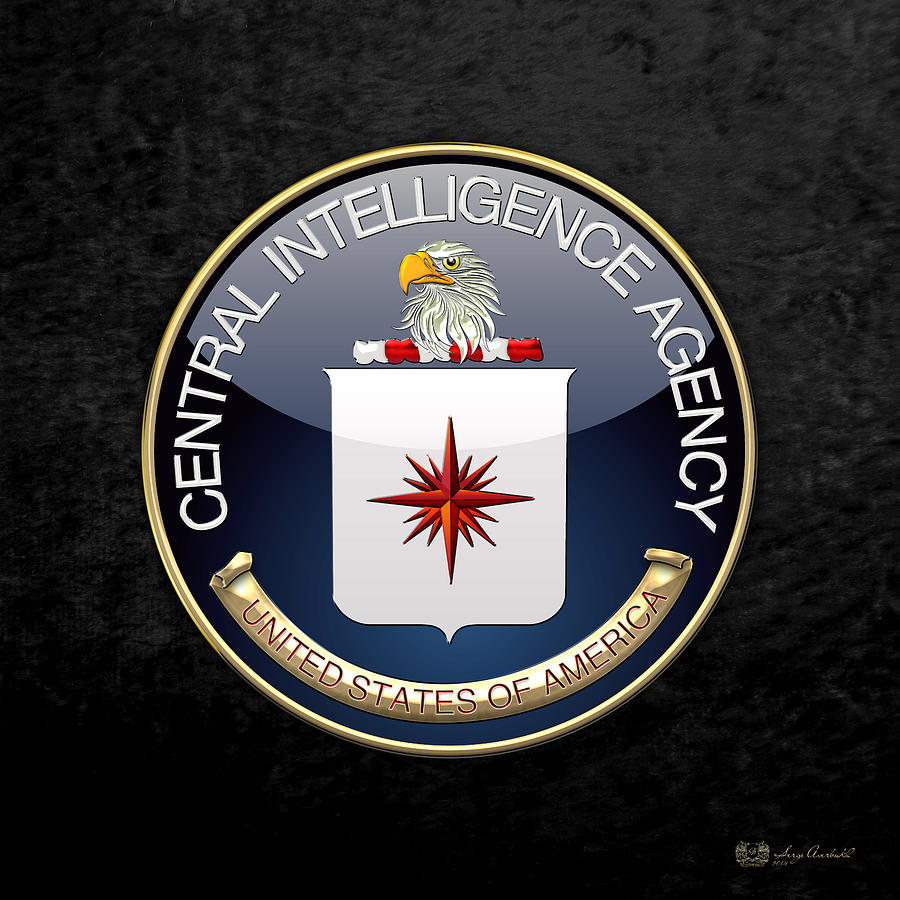 Central Intelligence Agency - C I A Emblem on Black Velvet

Central Intelligence Agency - C I A Emblem on Black Velvet

Introducing 'Military Insignia & Heraldry' collection by Serge Averbukh, showcasing military and government heraldry artwork. Here you will find framed and wrapped/stretched canvas fine art prints, featuring the Central Intelligence Agency (CIA) Emblem on Black Velvet.
The Central Intelligence Agency (CIA) is one of the principal intelligence-gathering agencies of the United States federal government. The CIA's headquarters is in Langley, Virginia, a few miles west of Washington, D.C. Its employees operate from U.S. embassies and many other locations around the world. The only independent U.S. intelligence agency, it reports to the Director of National Intelligence.
The CIA has three traditional principal activities, which are gathering information about foreign governments, corporations, and individuals; analyzing that information, along with intelligence gathered by other U.S. intelligence agencies, in order to provide national security intelligence assessment to senior United States policymakers; and, upon the request of the President of the United States, carrying out or overseeing covert activities and some tactical operations by its own employees, by members of the U.S. military, or by other partners. It can, for example, exert foreign political influence through its tactical divisions, such as the Special Activities Division. Sometimes, in government and military circles the CIA is indirectly referred to as Other Government Agencies (OGA), particularly when its operations in a particular area are an open secret. Other terms include The Company, Langley and The Agency.