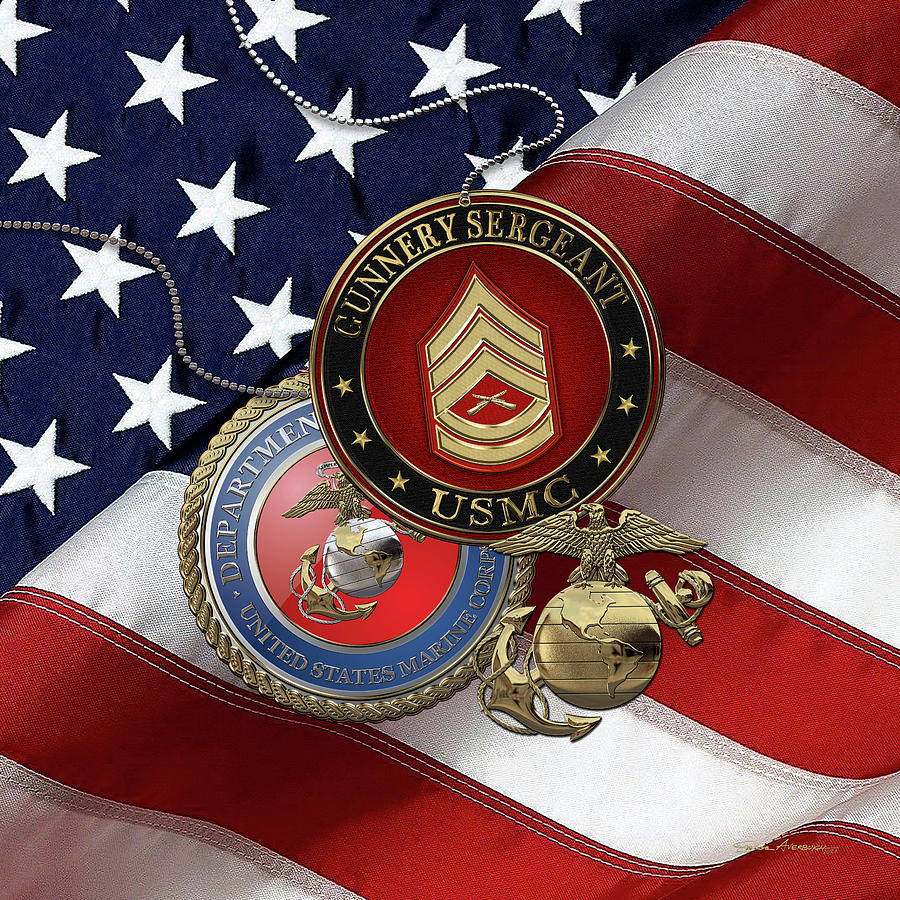 Introducing 'Military Insignia & Heraldry' collection by Serge Averbukh, showcasing new media paintings featuring military and government heraldry. Here you will find pieces featuring U.S. Marine Gunnery Sergeant - USMC GySgt Rank Insignia with Seal and EGA over American Flag.
Gunnery Sergeant (GySgt) is the seventh enlisted rank, just above Staff Sergeant and below Master Sergeant and First Sergeant, and is a staff non-commissioned officer (SNCO). It has a pay grade of E-7.The Gunnery Sergeant insignia consists of two M1 Garands centered vertically between three chevrons and two rockers.
A Gunnery Sergeant in the infantry is typically in charge of coordinating logistics for a company-sized group (approximately 180 personnel). Junior Gunnery Sergeants usually serve as platoon sergeant for a heavy weapons platoon. A Gunnery Sergeant's job is to be the operations chief of a company or artillery battery and has renown as a "hands on disciplinarian". Gunnery Sergeants are commonly referred to by the informal abbreviation "gunny". This nickname, which is usually regarded as a title of both esteem and camaraderie, is generally acceptable for use in all but formal and ceremonial situations. Use of the term by lower-ranking personnel, however, remains at the Gunnery Sergeant's discretion.