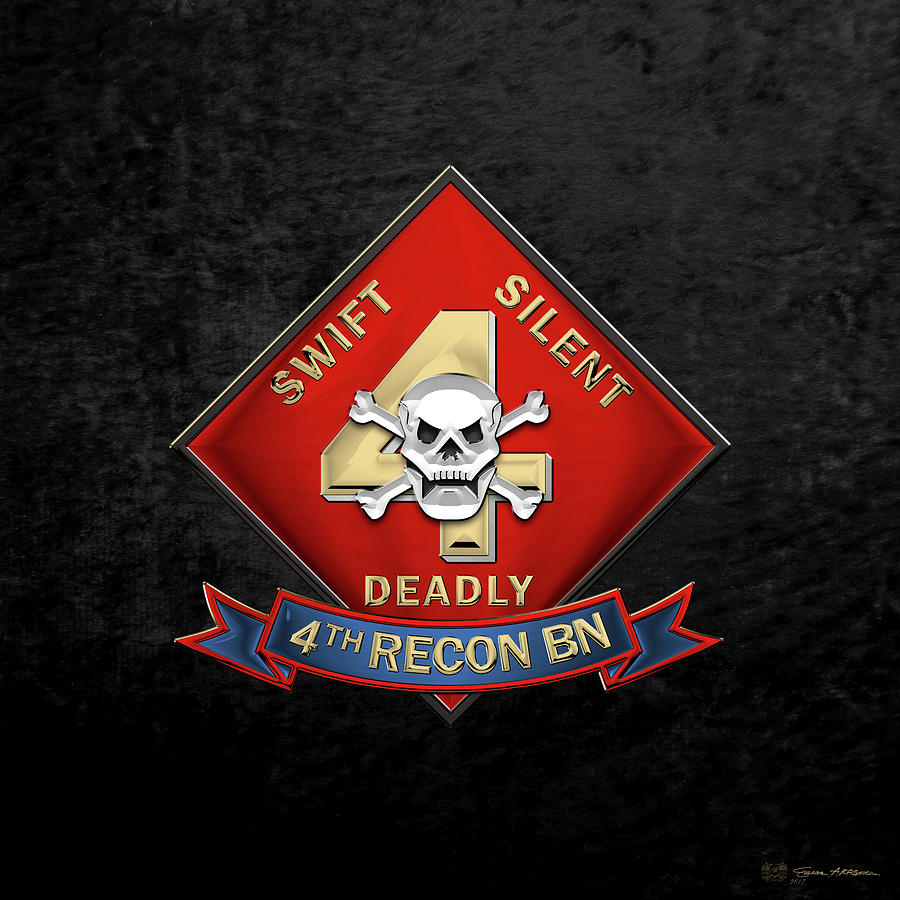 There are no comments for U S M C 4th Reconnaissance Battalion - 4th Recon Bn Insignia over Black Velvet.   Click here to post the first comment.