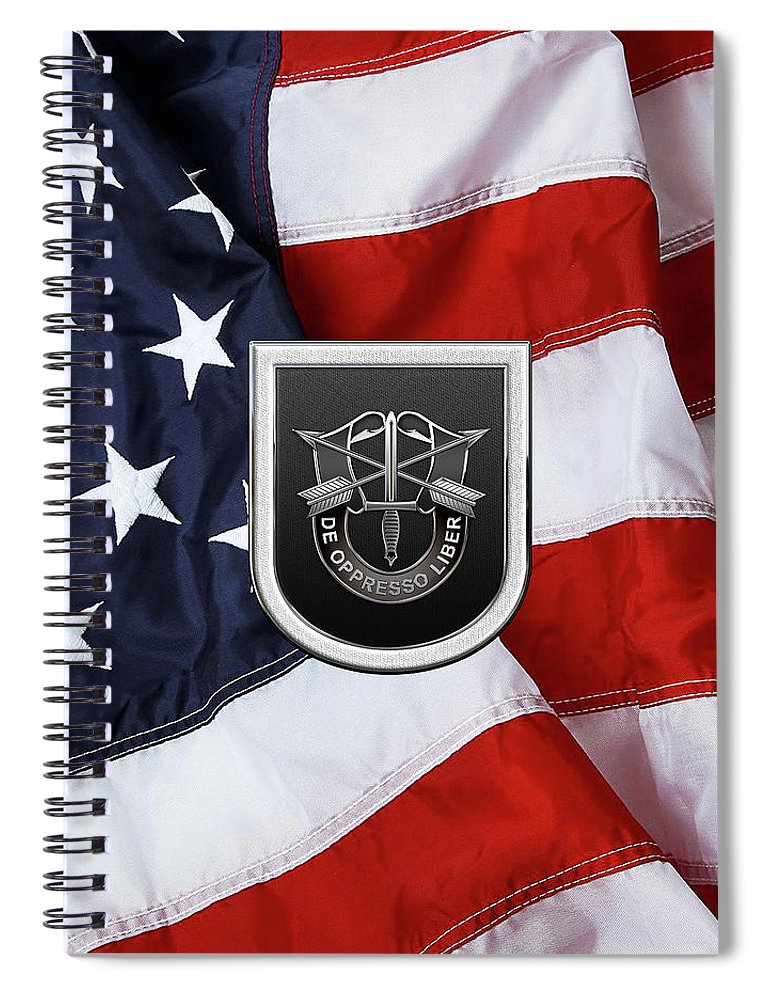 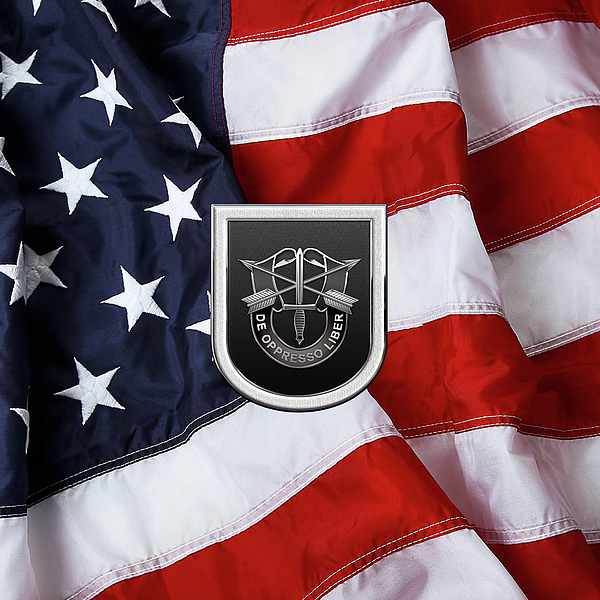 Introducing 'Military Insignia & Heraldry' collection by Serge Averbukh, showcasing convergent media paintings featuring military and government heraldry. Here you will find pieces featuring U.S. Army 5th Special Forces Group - 5 SFG Beret Flash over American Flag. The 5th Special Forces Group is a United States Army Special Forces unit that was activated on 21 September 1961 during the Cold War. It is subordinate to USCENTCOM and SOCCENT. The 5th SFG was first deployed as a battlefield advisory group for the Army of the Republic of Vietnam (ARVN). By February 1965, it was deployed as a mainstay battle force once the war was in full swing. The 5th Special Forces Group (Airborne) added to its combat history during Operations Desert Shield and Desert Storm. In August 1990 the Group was called upon to conduct operations in Southwest Asia in response to the Iraqi invasion of Kuwait. During this crisis the Army's First Special Operations Task Force, (ARSOTF), consisting of elements of the...