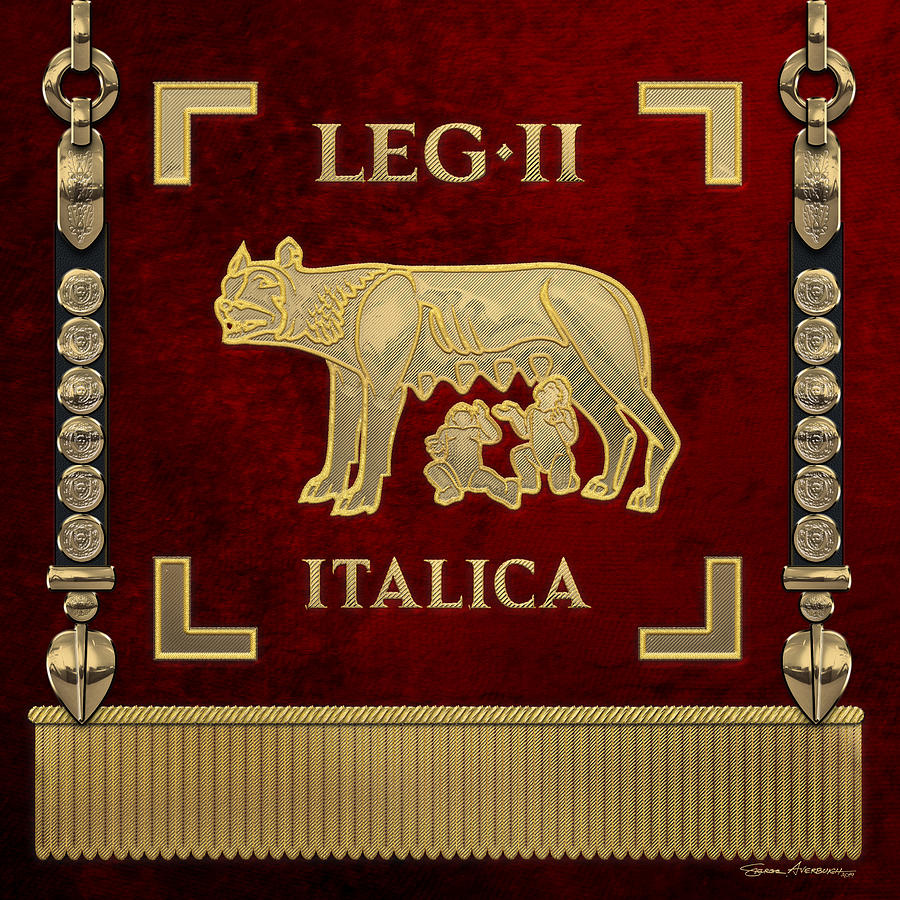 Introducing ‘Rome’ Collection by Serge Averbukh, showcasing new media paintings of various artifacts and symbols of ancient Rome. Here you will find pieces featuring Standard of the Italian Second Legion - Vexillum of Legio II Italica.
Legio secunda Italica ("Italian Second Legion"), was a legion of the Imperial Roman army. The legion was founded in AD 165 by emperor Marcus Aurelius (r. 161-80) alongside III Italica at a time when the Roman Empire was fighting both in Germania and in Parthia. The legion main theatre of operations was the Roman province of Noricum, in the south margin of the Danube, where Germanic incursions were frequent. In 180 II Italica was stationed in Lauriacum, modern Lorch. In the 3rd century, support of the legions was a crucial demand for candidates to the throne. Well aware of this fact, Gallienus granted II Italica the cognomina VII Pia VII Fidelis (seven times faithful, seven times loyal) to secure their continuing support. There are still records of the II Italica in Noricum in the beginning of the 5th century. The legion symbol is a she-wolf and the twins Romulus and Remus, and is a reference to the rule of Marcus Aurelius and his colleague Lucius Verus.