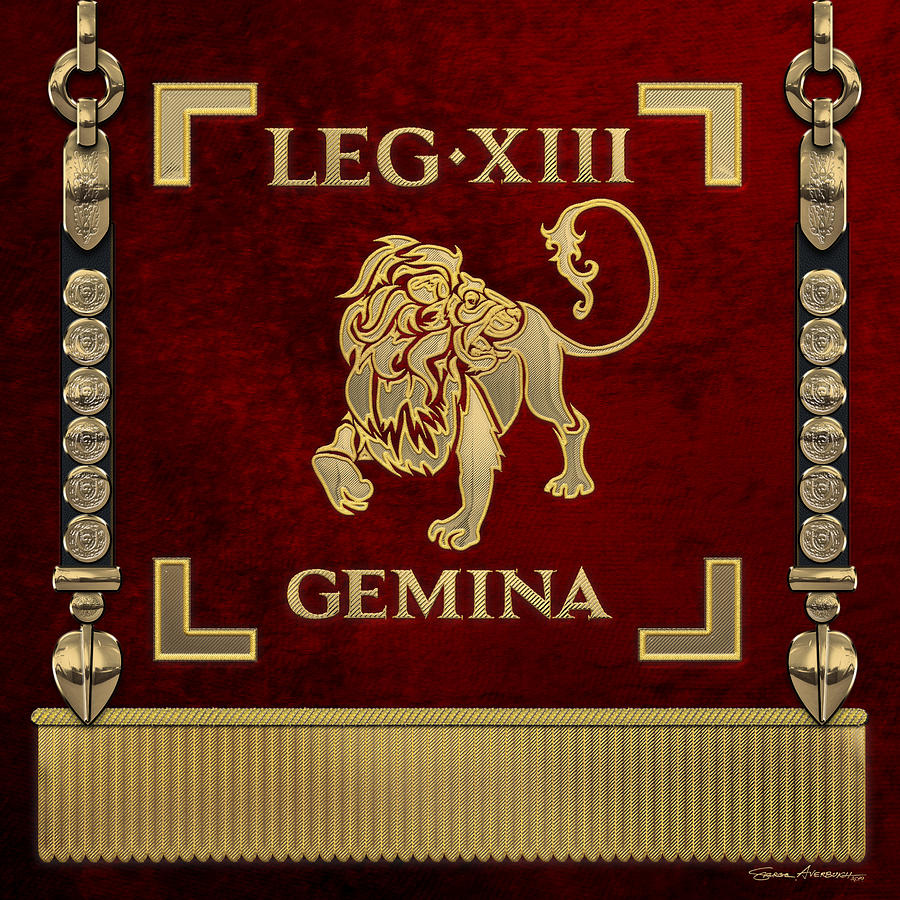 Introducing ‘Rome’ Collection by Serge Averbukh, showcasing new media paintings of various artifacts and symbols of ancient Rome. Here you will find pieces featuring Standard of the 13th Legion Geminia - Vexillum of 13th Twin Legion.
Legio tertia decima Geminia, in English the 13th Twin Legion, also known as Legio tertia decima Gemina, was a legion of the Imperial Roman army. It was one of Julius Caesar's key units in Gaul and in the civil war, and was the legion with which he famously crossed the Rubicon on January 10, 49 BC. The legion appears to have still been in existence in the 5th century AD. Its symbol was the lion.

One of your best. Stands out!