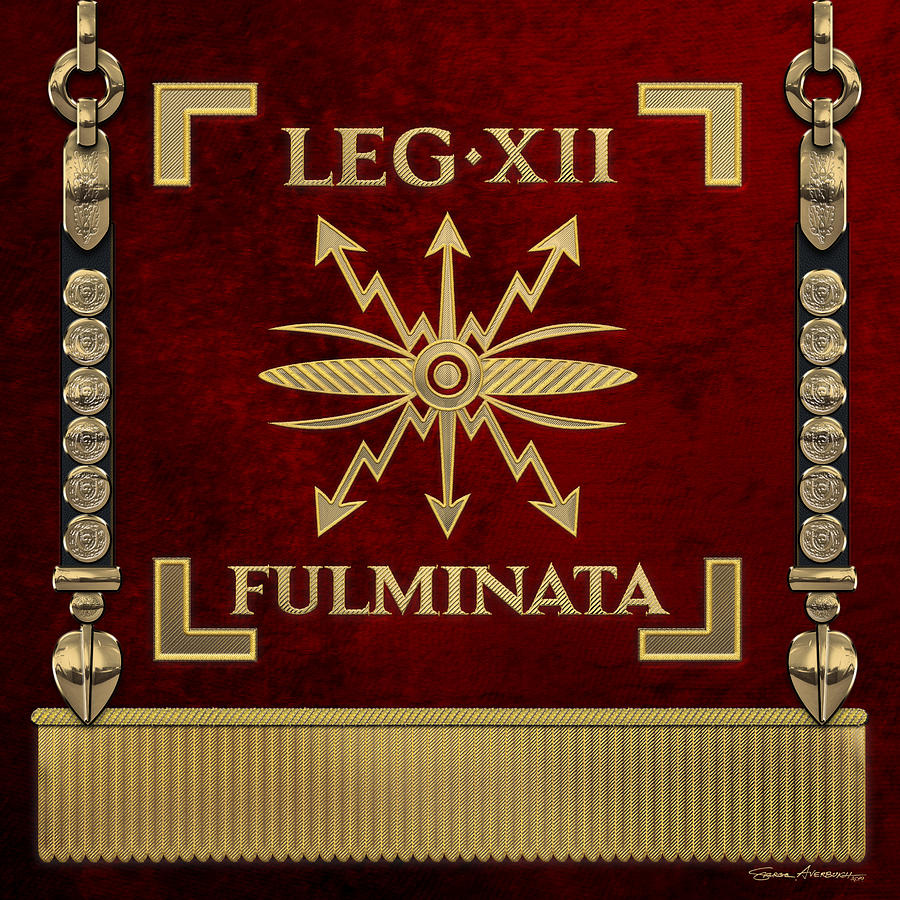 Introducing ‘Rome’ Collection by Serge Averbukh, showcasing new media paintings of various artifacts and symbols of ancient Rome. Here you will find pieces featuring Standard of the 12th Legion Fulminata - Vexillum of Thunderbolt Twelfth Legion.
The Legio duodecima Fulminata ("Thunderbolt Twelfth Legion"), also known as Paterna, Victrix, Antiqua, Certa Constans, and Galliena, was a legion of the Imperial Roman army. It was originally levied by Julius Caesar in 58 BC and which accompanied him during the Gallic Wars until 49 BC. The unit was still guarding the Euphrates River crossing near Melitene at the beginning of the 5th century. The legion's emblem was a thunderbolt (on a shield fulmen). In later centuries it came to be called commonly, but incorrectly, the Legio Fulminatrix, the Thundering Legion.