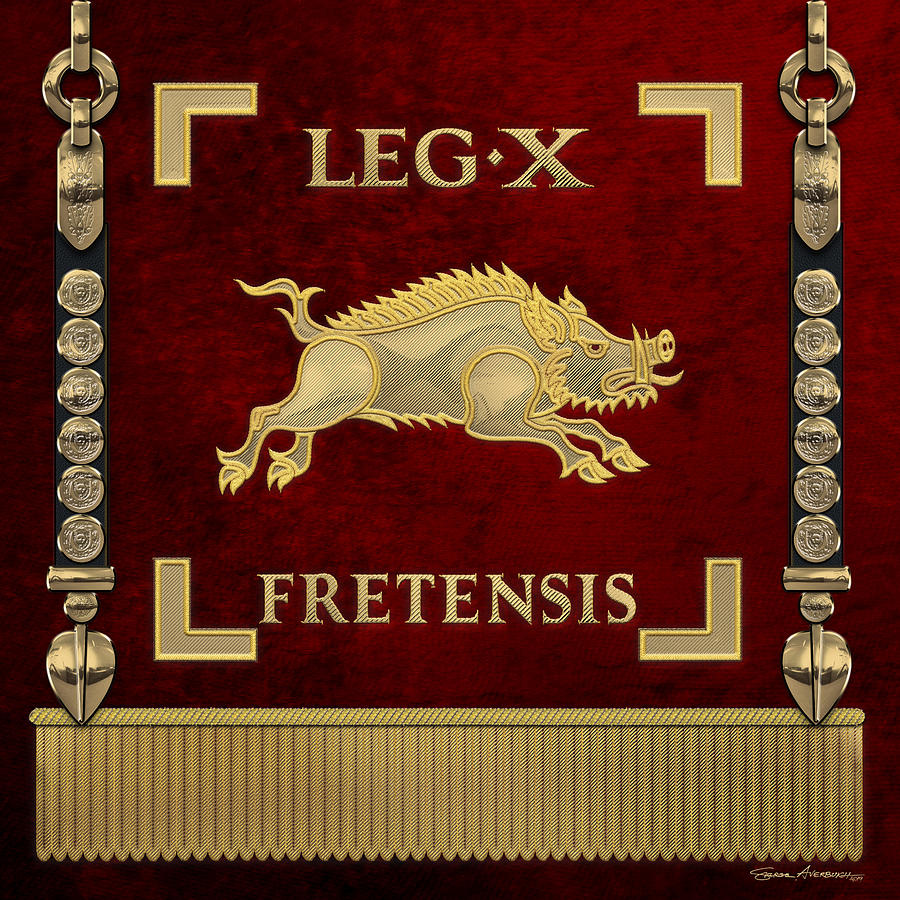 Introducing ‘Rome’ Collection by Serge Averbukh, showcasing new media paintings of various artifacts and symbols of ancient Rome. Here you will find pieces featuring Standard of the 10th Legion of the Strait - Vexillum of Legio X Fretensis.
Legio X Fretensis ("Tenth legion of the Strait") was a legion of the Imperial Roman army. It was founded by the young Gaius Octavius (later to become Augustus Caesar) in 41/40 BC to fight during the period of civil war that started the dissolution of the Roman Republic. X Fretensis is then recorded to have existed at least until the 410s.
X Fretensis symbols were the bull — the holy animal of the goddess Venus (mythical ancestor of the gens Julia) — a ship (probably a reference to the Battles of Naulochus and/or Actium), the god Neptune, and a boar. The symbol of Taurus may also mean that it was organized between 20 April and 20 May.
Octavian, later known as Augustus, levied a legion and gave it the number ten, as a reference to Julius Caesar's famous Tenth Legion. In 36 BC, the Tenth Legion fought under Octavian against Sextus Pompey in the Battle of Naulochus, where it earned its cognomen Fretensis. The name refers to the fact that the battle took place near the sea Strait of Messina (Fretum Siculum)