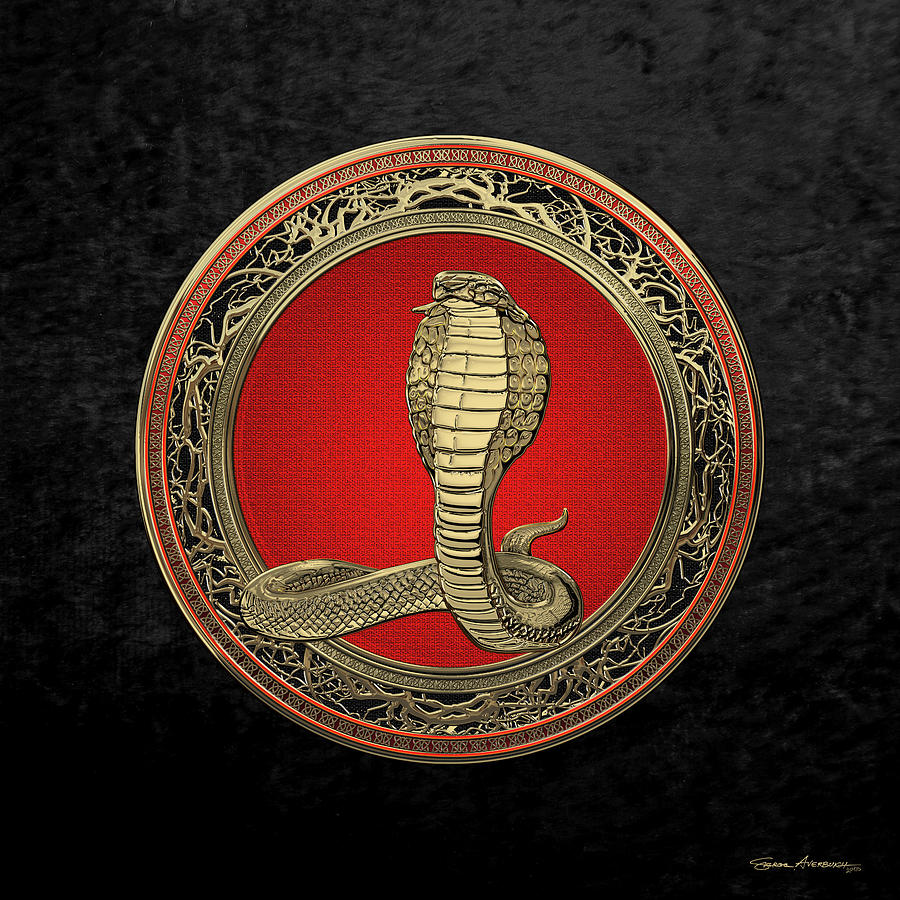 Introducing 'Beasts Creatures and Critters' collection by Serge Averbukh showcasing new media paintings depicting various living beings of this planet in all their obvious and not so obvious glory. The collection was meant to celebrate diversity of life without any bias or hesitation. Here you will find pieces featuring Sacred Gold King Cobra on Black Canvas.
The king cobra (Ophiophagus hannah), also known as the hamadryad, is a venomous snake species in the family Elapidae, endemic to forests from India through Southeast Asia. It is threatened by habitat destruction and has been listed as Vulnerable on the IUCN Red List since 2010. It is the world's longest venomous snake. Adult king cobras are 3.18 to 4 m (10.4 to 13.1 ft) long. The longest known individual measured 5.85 m (19.2 ft). Despite the word "cobra" in its common name, this species does not belong to genus Naja but is the sole member of its own. It preys chiefly on other snakes and occasionally on some other vertebrates, such as lizards and rodents. It is a dangerous snake that has a fearsome reputation in its range, although it typically avoids confrontation with humans when possible. The king cobra is a prominent symbol in the mythology and folk traditions of India, Sri Lanka and Myanmar. It is the national reptile of India.