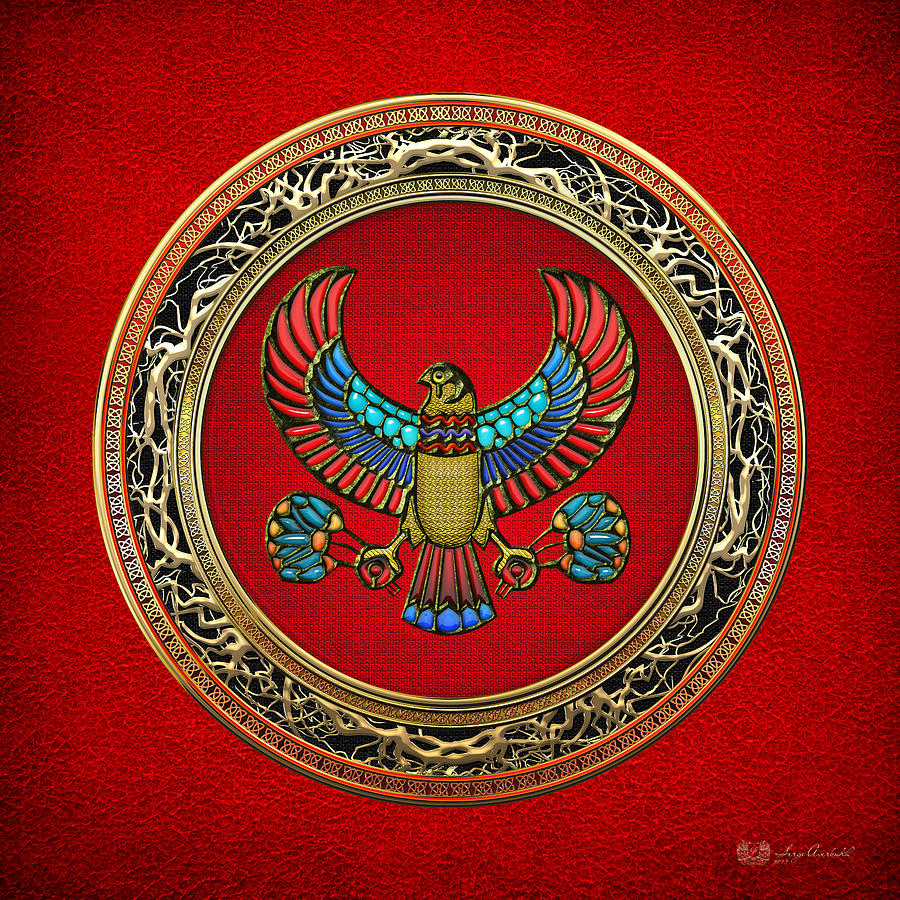 Introducing 'Treasure Trove' collection by Serge Averbukh. Here you will find framed and wrapped canvas fine art prints, featuring an ancient Egyptian Falcon. From ancient times, the falcon was regarded as sacred and was used as a hieroglyph symbol to represent the word 'God'. The earliest royal god, known as Horus, was in the shape of a falcon, with the sun and moon as his eyes. He was the god of light and sky. Several other Egyptian gods, such as Ra, Mentu and Antaios were also represented as a falcon or a man with a falcon head.