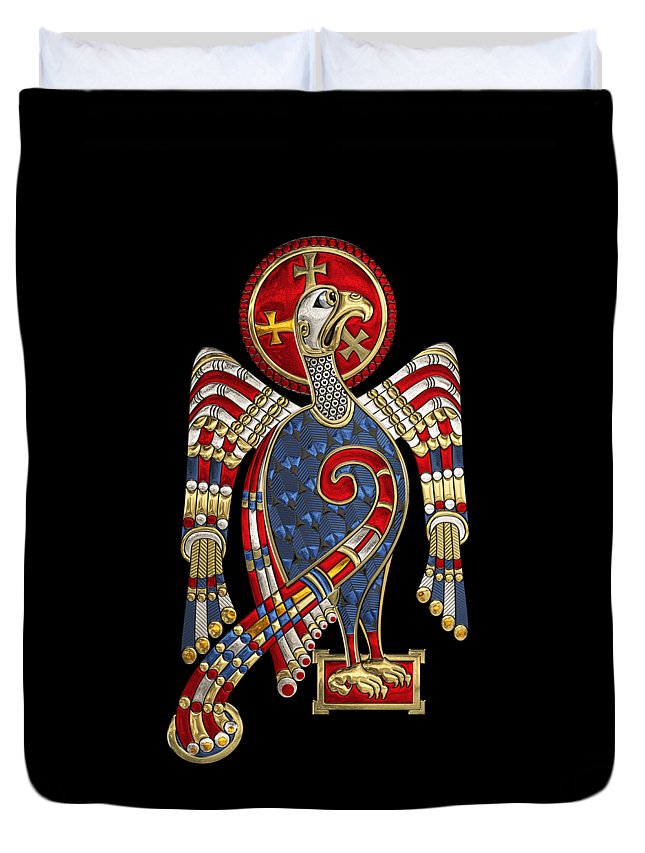 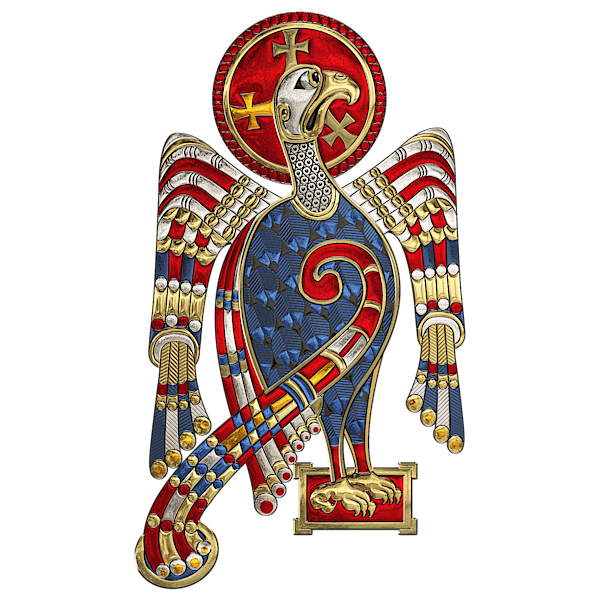 Queen duvet cover (88" x 88") featuring the image "Sacred Celtic Eagle over Black Canvas " by Serge Averbukh. Our soft microfiber duvet covers are hand sewn and include a hidden zipper for easy washing and assembly. Your selected image is printed on the top surface with a soft white surface underneath. All duvet covers are machine washable with cold water and a mild detergent.

Introducing “Celtic Treasures” Collection by Serge Averbukh, showcasing treasures and artifacts of the ancient Celtic cultures. Here you will find pieces featuring Sacred Celtic Eagle over Black Canvas. The Celts were people in Iron Age and Medieval Europe who spoke Celtic languages and had cultural similarities, although the relationship between ethnic, linguistic and cultural factors in the Celtic world remains uncertain and controversial. The exact geographic spread of the ancient Celts is also disputed; in particular, the ways in which the Iron Age inhabitants of Great Britain and Ireland should be regarded as Celts has become a subject of controversy. The history of pre-Celtic Europe remains very uncertain. According to one theory, the common root of the Celtic languages, a language known as Proto-Celtic, arose in the Late Bronze Age Urnfield culture of Central Europe, which flourished from around 1200 BC. In addition, according to a theory proposed in the 19th century, the fi...