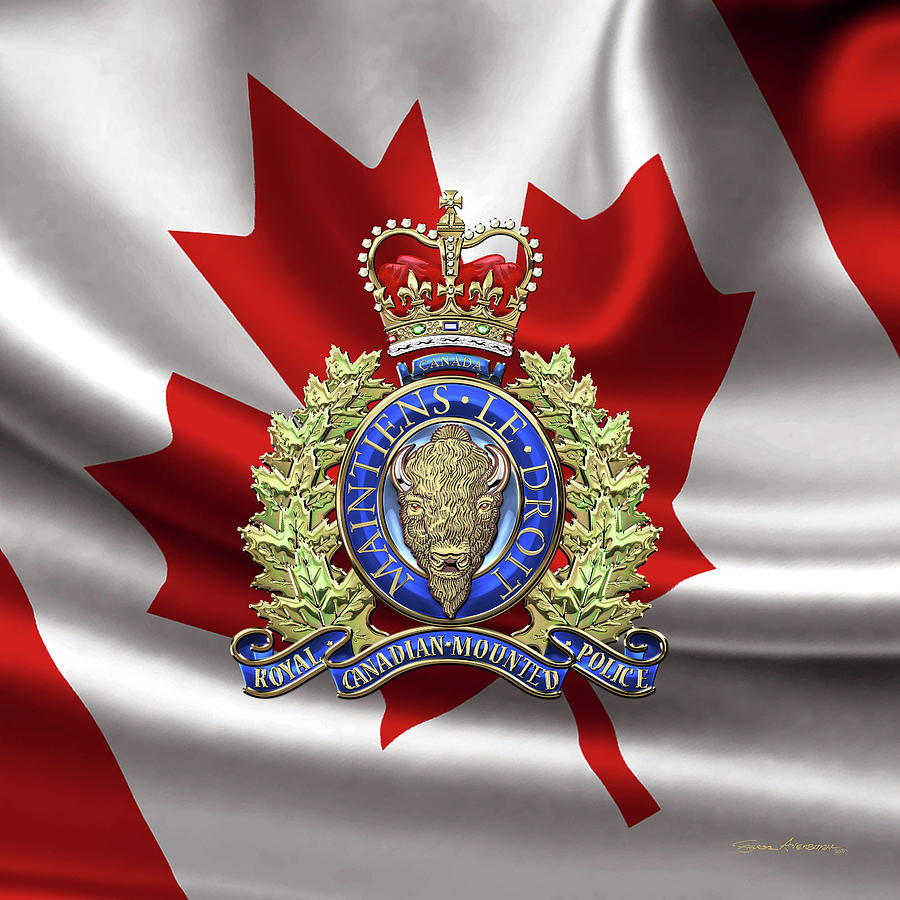 Introducing 'Insignia & Heraldry' collection by Serge Averbukh, showcasing new media paintings featuring military and government heraldry. Here you will find pieces featuring Royal Canadian Mounted Police (RCMP) Badge over Canadian Flag.
The Royal Canadian Mounted Police (RCMP; French: Gendarmerie royale du Canada (GRC), literally 'Royal Gendarmerie of Canada'; colloquially known as the Mounties, and internally as 'the Force') is both a federal and a national police force of Canada, and one of the most recognized of its kind in the world. It is unique in the world as a national, federal, provincial, and municipal policing body. The RCMP provides policing services to all of Canada at a federal level, and also on a contract basis to the three territories, eight of Canada's provinces (the RCMP does not provide provincial or municipal policing in either Ontario or Quebec), more than 190 municipalities, 184 aboriginal communities, and three international airports. The Royal Canadian Mounted Police (RCMP) was formed in 1920 by the merger of the Royal Northwest Mounted Police (RNWMP, founded in 1873) with the Dominion Police (founded 1868). The former was originally named the North-West Mounted Police (NWMP), and was given the Royal prefix by King Edward VII in 1904. Much of the present day organization's symbolism has been inherited from its days as the NWMP and RNWMP, including the distinctive Red Serge uniform, paramilitary heritage, and mythos as a frontier force.