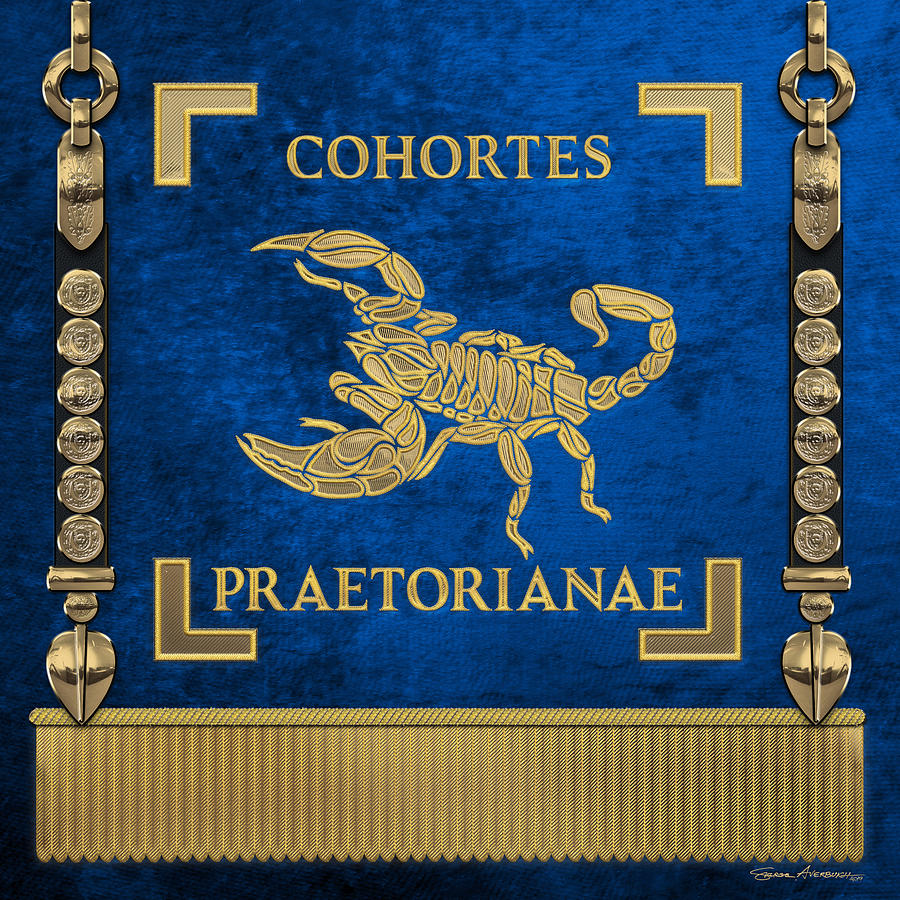 Introducing ‘Rome’ Collection by Serge Averbukh, showcasing new media paintings of various artifacts and symbols of ancient Rome. Here you will find pieces featuring Praetorian Guard Standard - Vexillum of Cohortes Praetorianae.
The Praetorian Guard (Latin: cohortes praetorianae) was an elite unit of the Imperial Roman army whose members served as personal bodyguards to the Roman emperors. During the era of the Roman Republic, the Praetorians served as a small escort force for high-ranking officials such as senators or provincial governors like procurators, and also serving as bodyguards for high ranking officers within the Roman legions. With the republic's transition into the Roman Empire, however, the first emperor, Augustus, founded the Guard as his personal security detail. Although they continued to serve in this capacity for roughly three centuries, the Guard became notable for its intrigue and interference in Roman politics, to the point of overthrowing emperors and proclaiming their successors. In 312, the Guard was disbanded by Constantine the Great.

Nice job! Keep up the good work! Great talent. I really would apreciate your feedback of my Photography ;-)