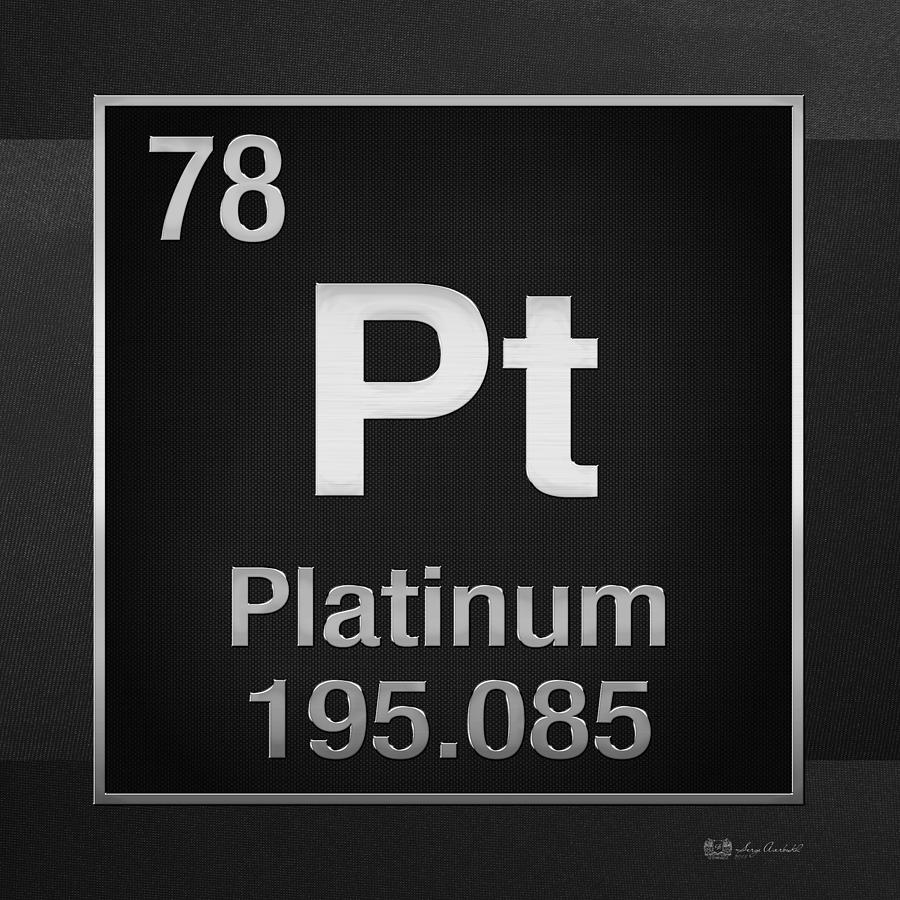 Introducing 'The Elements' collection by Serge Averbukh showcasing convergent media paintings depicting various elements of the periodic table. Here you will find framed and wrapped/stretched canvas fine art prints, featuring Periodic Table of Elements - Platinum (Pt) in Platinum on Black Canvas.
Platinum is a chemical element with symbol Pt and atomic number 78. It is a dense, malleable, ductile, highly unreactive, precious, gray-white transition metal. Its name is derived from the Spanish term platino, which is literally translated into "little silver".
Platinum is a member of the platinum group of elements and group 10 of the periodic table of elements. It has six naturally occurring isotopes. It is one of the rarer elements in Earth's crust with an average abundance of approximately 5 μg/kg. It occurs in some nickel and copper ores along with some native deposits, mostly in South Africa, which accounts for 80% of the world production. Because of its scarcity in Earth's crust, only a few hundred tonnes are produced annually, and given its important uses, it is highly valuable and is a major precious metal commodity.
Platinum is the least reactive metal. It has remarkable resistance to corrosion, even at high temperatures, and is therefore considered a noble metal. Because it occurs naturally in the alluvial sands of various rivers, it was first used by pre-Columbian South American natives to produce artifacts.
Platinum is used in catalytic converters, laboratory equipment, electrical contacts and electrodes, platinum resistance thermometers, dentistry equipment, and jewelry.