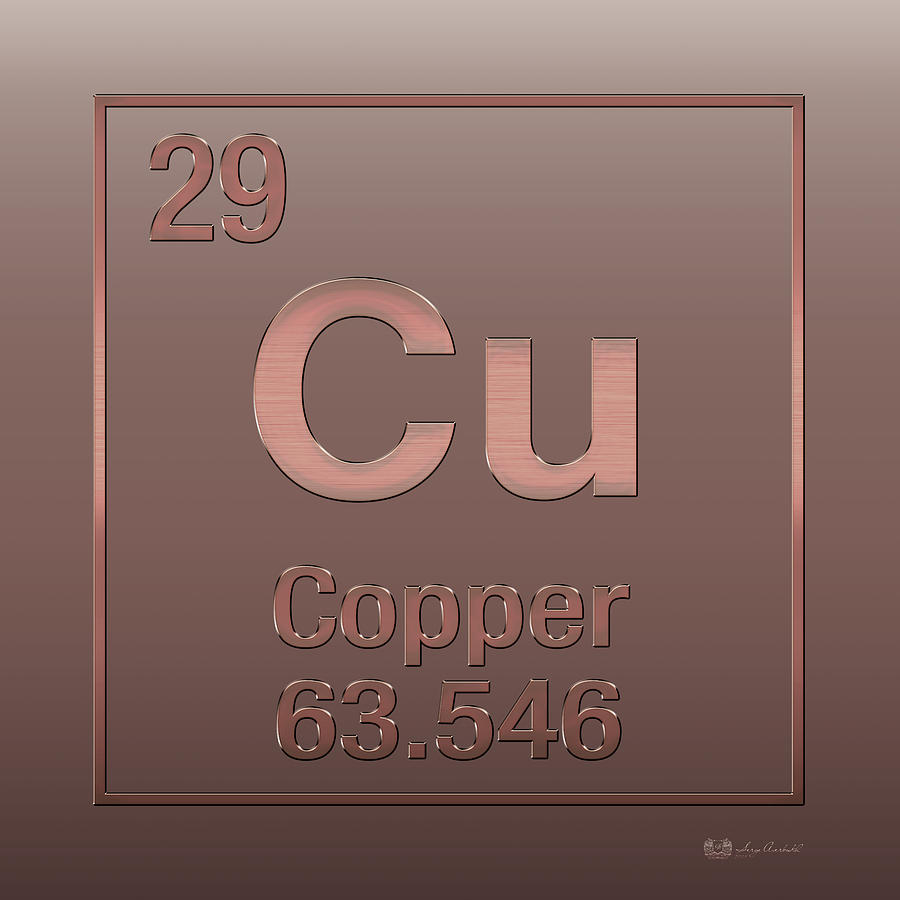 Introducing 'The Elements' collection by Serge Averbukh showcasing convergent media paintings depicting various elements of the periodic table. Here you will find framed and wrapped/stretched canvas fine art prints, featuring Periodic Table of Elements - Copper (Cu) in Copper on Copper.
Copper is a chemical element with symbol Cu (from Latin: cuprum) and atomic number 29. It is a ductile metal with very high thermal and electrical conductivity. Pure copper is soft and malleable; a freshly exposed surface has a reddish-orange color. It is used as a conductor of heat and electricity, a building material, and a constituent of various metal alloys.
The metal and its alloys have been used for thousands of years. In the Roman era, copper was principally mined on Cyprus, hence the origin of the name of the metal as сyprium (metal of Cyprus), later shortened to сuprum. Its compounds are commonly encountered as copper(II) salts, which often impart blue or green colors to minerals such as azurite and turquoise and have been widely used historically as pigments. Architectural structures built with copper corrode to give green verdigris (or patina). Decorative art prominently features copper, both by itself and as part of pigments.
Copper is essential to all living organisms as a trace dietary mineral because it is a key constituent of the respiratory enzyme complex cytochrome c oxidase.