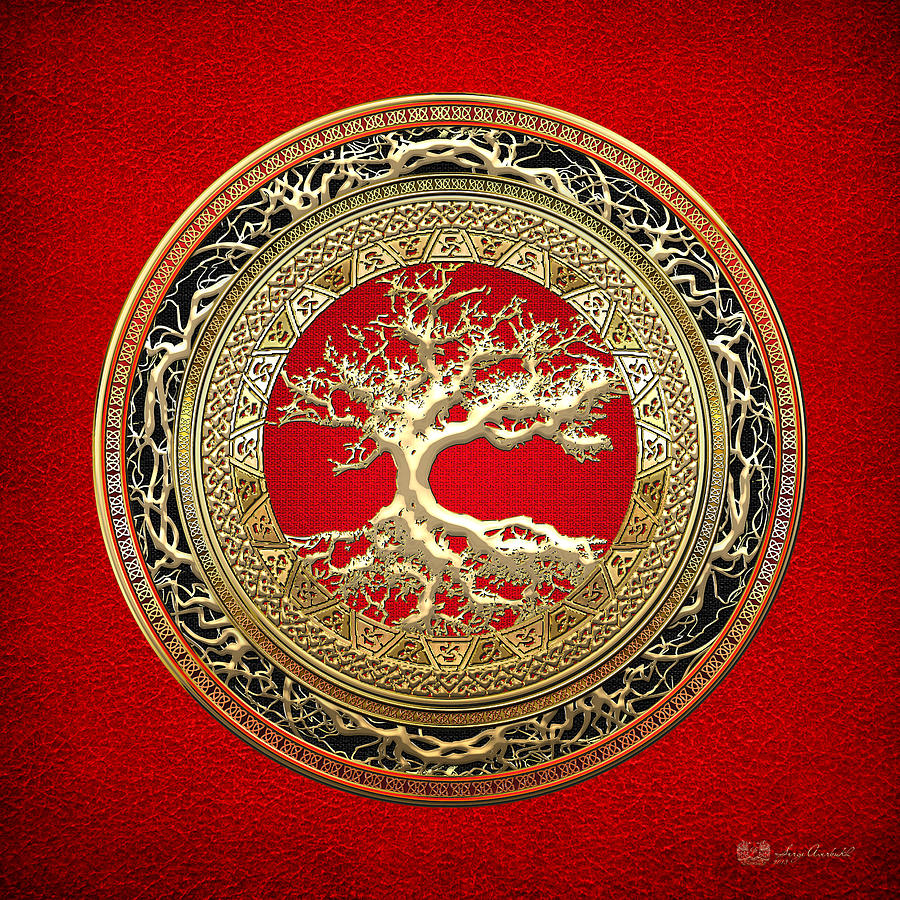 Introducing “Celtic Treasures” Collection by Serge Averbukh, showcasing new media paintings of treasures and artifacts attributed to various ancient Celtic cultures. Here you will find pieces featuring Celtic Tree of Life - an ancient symbol illustrating the idea that all life on earth is related. The tree of knowledge, connecting heaven and the underworld, and the tree of life, connecting all forms of creation, are both forms of the world tree or cosmic tree.
In Egypt the Acacia tree of Saosis was considered the "tree of life", referring to it as the "tree in which life and death are enclosed". References to The Tree of Life can be found in ancient Assyria, China, as well as in Germanic paganism and Norse mythology, Judaism, Kabbalah, Christianity, Vedic texts of India, sources from Urartu and Mesoamerica.
In Norse mythology it is also known as Yggdrasil, an immense tree that is central in Norse cosmology. It was said to be the world tree around which the nine worlds existed. Its name is generally considered to mean "Ygg's (Odin's) horse". Yggdrasil is attested in the Poetic Edda, compiled in the 13th century from earlier traditional sources, and the Prose Edda, written in the 13th century by Snorri Sturluson. In both sources, Yggdrasil is an immense ash tree that is central and considered very holy. The gods go to Yggdrasil daily to hold their courts.

Love it. Great piece. And Congrats on your sale!

Wow Serge, this is stunning!

Congrats on your sale!!!

Big thanks to all!