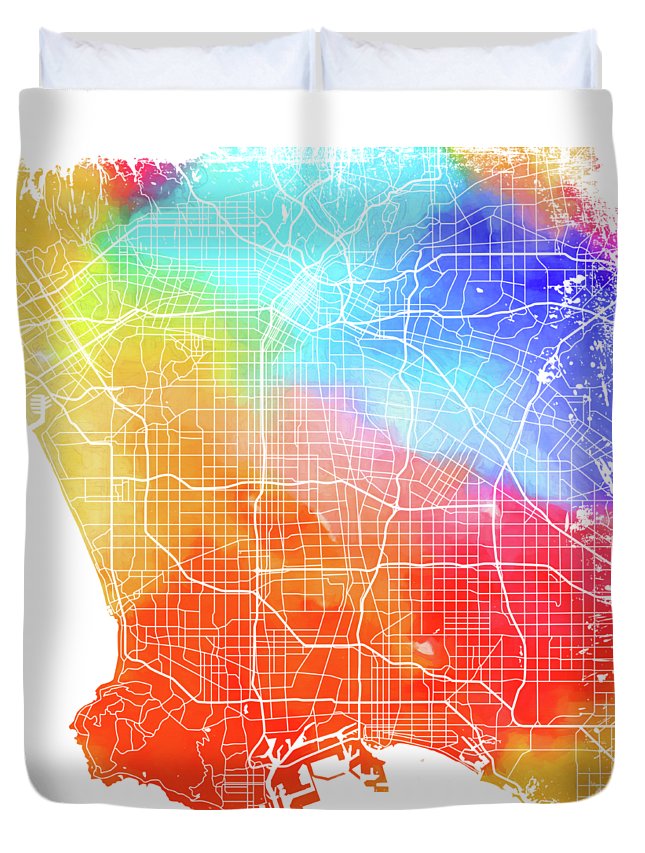 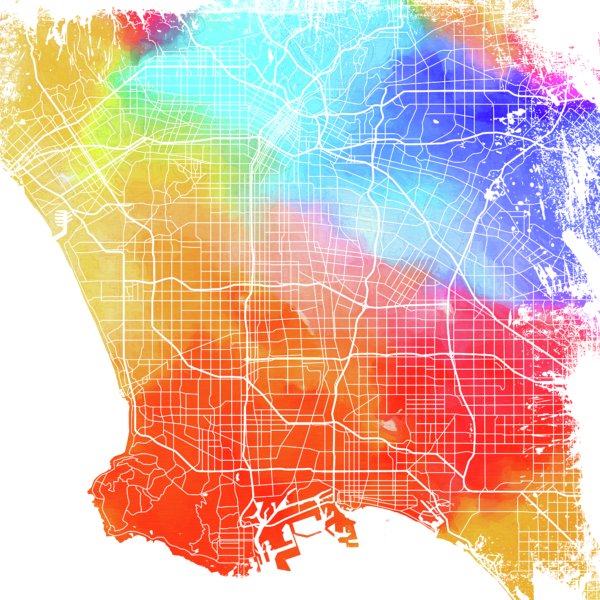 Queen duvet cover (88" x 88") featuring the image "Colorful Cities - City Map of Los Angeles" by Serge Averbukh. Our soft microfiber duvet covers are hand sewn and include a hidden zipper for easy washing and assembly. Your selected image is printed on the top surface with a soft white surface underneath. All duvet covers are machine washable with cold water and a mild detergent.

Introducing 'Colorful Cities' series, a part of the 'Cityscapes' collection by Serge Averbukh, showcasing new media paintings celebrating diversity and character of some of the most interesting cities. Here you will find pieces featuring Colorful Cities - City Map of Los Angeles. Los Angeles, officially the City of Los Angeles and often known by its initials L.A., is the second-most populous city in the United States (after New York City), the most populous city in California and the county seat of Los Angeles County. Situated in Southern California, Los Angeles is known for its mediterranean climate, ethnic diversity, sprawling metropolis, and as a major center of the American entertainment industry. Los Angeles lies in a large coastal basin surrounded on three sides by mountains reaching up to and over 10,000 feet (3,000 m). The city is one of the most populous metropolitan areas in the world as well as the second-largest in the United States and the densest urban area in the United...