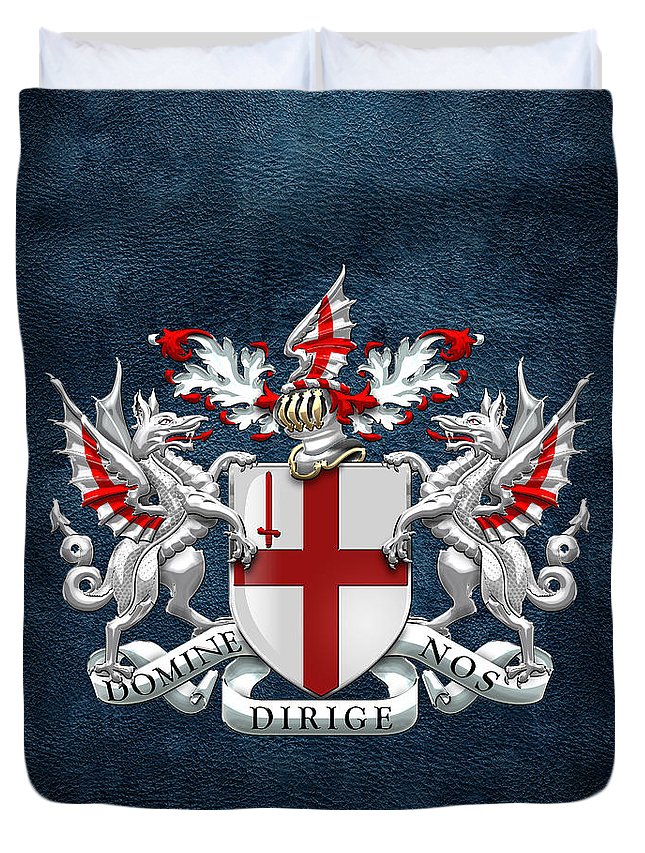 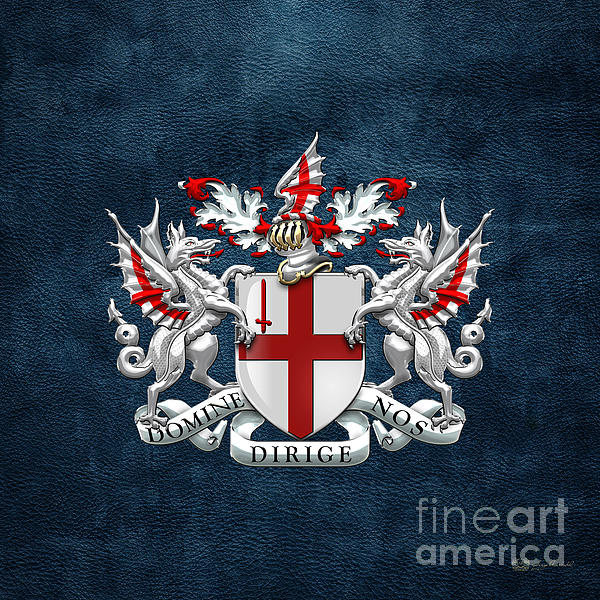 The watermark at the lower right corner of the image will not appear on the final product.

Queen duvet cover (88" x 88") featuring the image "City of London - Coat of Arms over Blue Leather " by Serge Averbukh. Our soft microfiber duvet covers are hand sewn and include a hidden zipper for easy washing and assembly. Your selected image is printed on the top surface with a soft white surface underneath. All duvet covers are machine washable with cold water and a mild detergent.

Introducing 'Cities of the World' collection by Serge Averbukh showcasing convergent media paintings depicting coats of arms of various municipalities, large and small, of past and present. Here you will find fine art prints, featuring City of London - Coat of Arms over Blue Leather. The City of London is a city and ceremonial county within London. It constituted most of London from its settlement by the Romans in the 1st century AD to the Middle Ages, but the conurbation has since grown far beyond the City's borders. The City is now only a tiny part of the metropolis of London, though it remains a notable part of central London. It is one of two districts of London to hold city status, the other being the adjacent City of Westminster. It is widely referred to simply as the City (often written as just "City" and differentiated from the phrase "the city of London" by capitalising "City") and is also colloquially known as the Square Mile, as it is 1.12 sq mi (2.90 km2), in area. Both of...